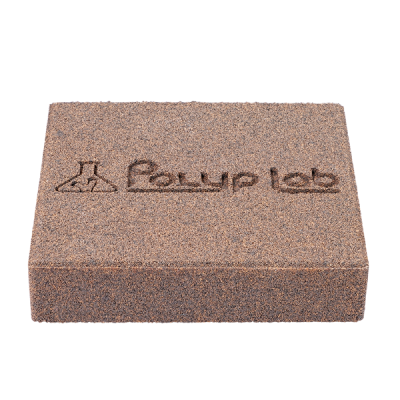 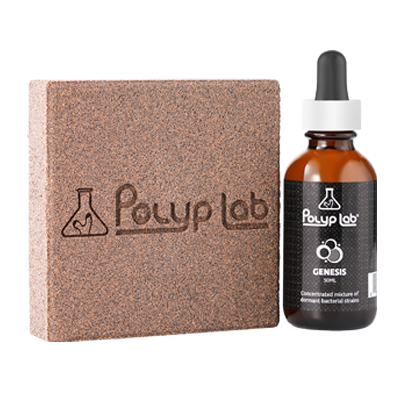 Boost the bacterial power of your aquarium with PolypLab Genesis Rock and reduce nitrate, phosphate, ammonia and nitrite in your water. Over 23,000 square feet of surface area on each rock for bacteria to colonise.

On the outside of the block, or in high water flow situations, bacteria species that reduce toxic ammonia and nitrite will grow, whereas in the middle of the block where oxygen levels are low, species of bacteria that consume nitrate, phosphate and other organic compounds will thrive.

Produced from a ceramic compound fired at 600+ degrees the rocks are completely inert and will not leach any unwanted substances.

The Genesis Rocks are available as a twin pack or as a booster pack which includes two rocks and a bottle of PolypLab Genesis to speed up bacterial colonisation and boost the performance.

Suitable for use in both Freshwater and Saltwater Aquariums.

• Two 10x10x2.5cm Rocks included in each pack.
• Booster pack available containing a bottle of PolypLab Genesis bacteria.
• 23000+ Square feet of surface area in each rock.
• Inert fired ceramic material.
• Suitable for Freshwater and Saltwater Aquariums.
• Promotes bacteria colonies that reduce Ammonia, Nitrite, Nitrate, Phosphate and other unwanted organic compounds.
• Can be used in sumps or in the aquarium.
• One rock recommended for every 300 - 1300 Litres of aquarium water. 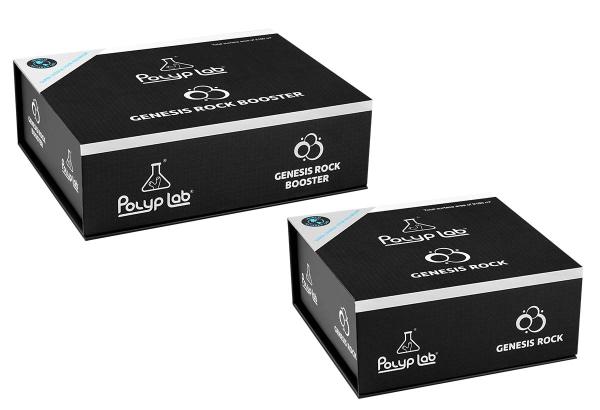 Each Genesis Rock can support up to 1300 Litres of the aquarium water in a lightly stocked aquarium or 300 Litres for aquariums with a heavy bio load.

Lightly rinse each rock with RO water or some aquarium water before use to remove any dust caused by abrasion in transit.

Place the Genesis Rocks in a container, filling it with some aquarium water, and add PolypLab Genesis bacteria based on the size of the aquarium you are adding the rocks to. Allow for your Genesis Rocks to stand at least 12 hours, and then place them inside your aquarium and discard the water. If you are not using any bacterial supplement, you can place rock directly in the aquarium after rinsing but it will take longer for the beneficial bacterial colonies to establish. Avoid placing the rocks against a vibrating surface such as a return pump.

We recommend that the blocks are positioned after some form of particulate filter such as filter socks, floss or a ClariSea filter unit as detritus and debris can block the pores of the rock reducing the efficiency over time.

Optimised for Aerobic Bacteria Growth to Remove Nitrite and Ammonia
To use the Genesis Rocks to create more aerobic bacteria growth, place the Rocks in an area of high water flow. It is also possible to place the rocks above water level and allow water to run through them but care must be taken to avoid splashing and that water will not flow out of the aquarium. If this method is used a flow rate of up to 150 litres per hour should be used for each rock.

Optimised for Anaerobic Bacteria Growth to Remove Nitrate and Phosphate
Install the Genesis Rocks in an area of low flow to encourage a reduced oxygen environment. This can be a low flow area in your sump, refugium or hidden in your aquascape. 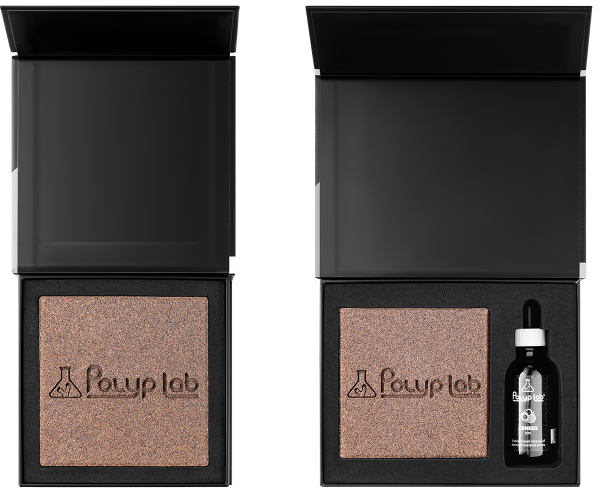