Glen's tank has featured in PFK magazine and is highly regarded as being one of the best examples of U.K reef tank. His tank has run on two large Deltec AP protein skimmers for protein removal which look to have done a wonderful job but with the arrival of his two new replacement high performance TC protein skimmers things read as if they can only get better!!!! 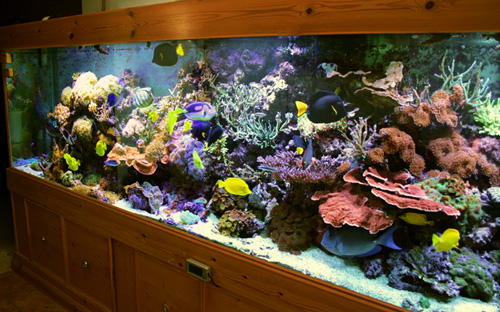 On opening the boxes you could just smell the quality, these guys took the time to package the skimmers in such a way that they show what they think of there products.

So everything’s out of the box and the skimmer is sitting on the floor with the pumps packaged separately, of course the first thing that hits you is the white colour, this gives such a clean sophisticated look to the protein skimmer.

The pumps were next, the fittings were very robust and felt solid once installed to the TC 3070 protein skimmer body. Another thing you notice is how small these guys are, standing the TC 3070 next to my old AP 1004, which was being replaced, it was around a foot shorter. With only two pumps hanging on the side of the protein skimmer body the skimmer was also more compact although the chambers were the same size. Moving my AP 1004 out of the way and knocking everything as I go, the TC 3070 was a doddle to swap into the void left by the larger protein skimmer. 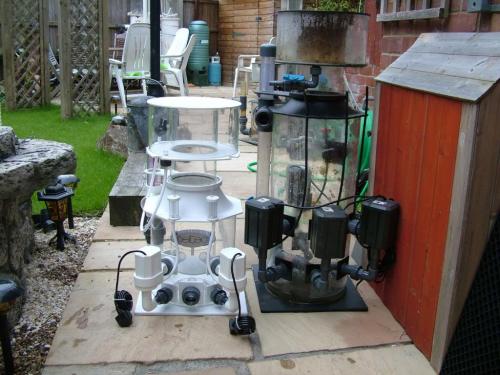 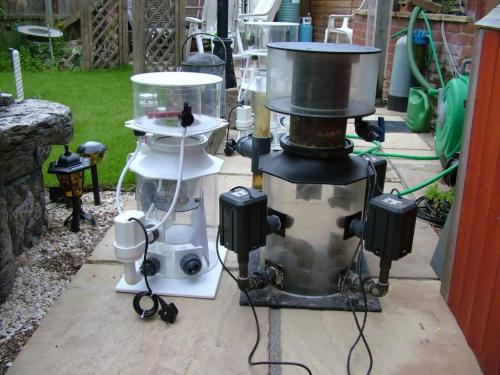 At this point I took the time to stand back and just check the protein skimmer out, so what’s new and how does it work? Placing the protein skimmer seemed to be easy, having the 2 pumps facing you just made sense if you need to do any maintenance on them. The return to the tank also meant that everything was logically positioned. I took the cup off and this is the same size as my old one as far as I could tell but is engraved Deltec sign, which gave it the look of quality!

I turned the feed pump on, the chamber started filling to the right water level in the neck. Adjustment was easy as it was just a matter of turning the valve wheel on the return pipe. The adjustment wheel turned smoothly and was easy to fine tune.
I turned the first pump and initially there was a gurgle from the pump, this was the water that collects in the silencer and as soon as that cleared the pump ran silently. I turned the other one on which gave the same noise then nothing, and I mean nothing, the pump was totally silent!!!! I put my head right next to the pumps and you could just here the pumps running, the chamber was full of air. The skimmer did overflow for a few seconds and then just settled down. I also noticed the way the bubbles formed in the skimmer cup neck, all lined up, I take it this is what the plate does in the skimmer body?

Up and running, mighty fine!!!! 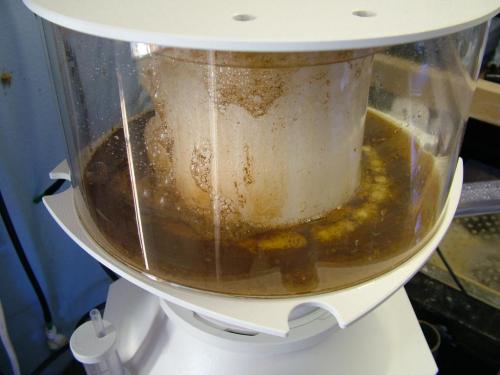 So first observations... I remove the AP 1004, a monster of a skimmer and positioned the compact TC 3070 skimmer in its place!

I stood there for about 20 mins to make sure everything was ok and then left it running went back around 2 hrs later and the cup had already collected some gunk. I left it over night and the skimmer cup was a dirty brown and very gunky, took the head off gave it a clean and it just started all over again!

The 2 pumps running on the TC 3070 equate to around the same wattage as one of the Eheim pumps on the AP 1004. This means they cost less to run, and there are fewer pumps to go wrong but best of all the skimmer costs less than the AP1004. Not bad for a skimmer which is equal too if not better than the AP.

Skimmer running one week after a clean

waste has gone to drain, meaty!! 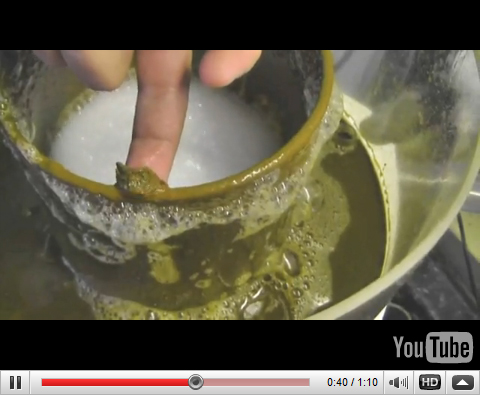 So good news all round for me and a great product from Deltec. I must admit I’m a bit of a Deltec fan and have purchased their other products before. After spending lots of money on the AP’s I wish I had purchased these guys were available from the start. This protein skimmer now fits in perfectly with my other skimmer, large calcium reactor, Kalkstirrer and 5kg Rowaphos reactor all Deltec. 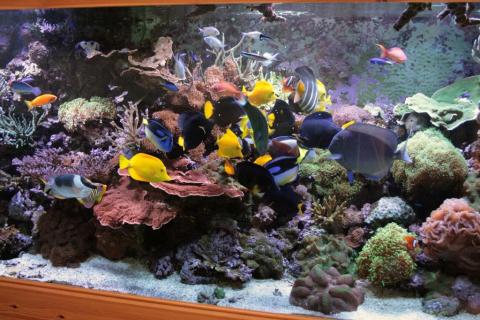