The Olympic Stadium and additional sports facilities are located within this impressive park, which has large landscaped areas of grass and water. Altogether approximately 75 hectares of water surface area exists within the park and is laid out in the form of a kite.

Due to a water shortage in the 15 million population metropolis, the Olympic lake is fed predominantly by local waste water.

In order to avoid possible hygiene, algae and smell problems, the Chinese-German BMBF research project developed from 2004 - 2007 an energy-efficient solution for waste water recycling. Different phosphate removers were tested and ROWA®phos was found to be the most effective material.

The requirements for the artificial lake regarding the phosphate levels are of special importance, in order to prevent an unwanted algae growth.

ROWA®phos, used worldwide by aquarium hobbyists, is utilised as the last stage of the water treatment unit.

ROWA®phos is operated in 2 parallel filter containers treating 2000 m3 of water a day.

After this treatment the water is used for toilet flushing, wells and as well as washing water within the Olympic park. 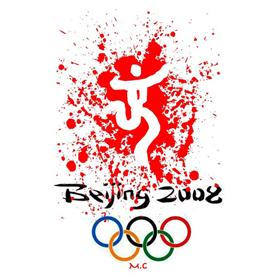