T5 lighting has been available to the hobbyist for a number of years now although only recently has T5 lighting become a real alternative to Halide lighting for the dedicated Coral gardener due to the availability of high quality multi tube T5 light units.

Modern, efficient T5 lighting units are capable of lighting aquariums up to 30" deep, run cooler than halide lighting and can be tuned by the hobbyist for the desired colour temperature by simply changing individual tubes .

T5 tubes also gain an advantage as they produce their optimum lumen output at higher temperatures compared to older technology T8 tubes which typically produce their highest output at 25 C.

Equally tubes that are cooled to temperatures below the optimum also suffer a lumen output thats lower than expected.   (see diagram below)

The Matrix lighting unit also incorporates extremely efficient reflector technology meaning that more light is reflected into the aquarium rather than back at the tube. Light that’s reflected back at the tube can  increase its working temperature resulting in reduced lumen output. 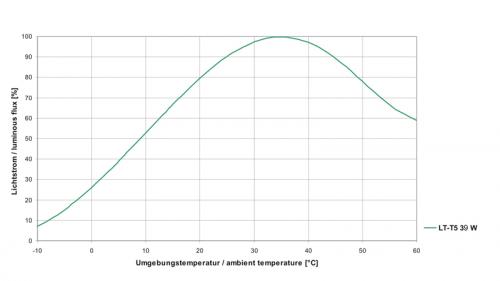 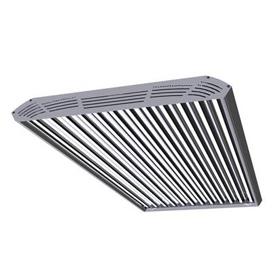