The big white box arrived today!!! The packaging used to protect my new kit was up to its usual high standard.

The protein skimmer body was the same size as my old TS3070; the main difference I initially observed was that the neck on the TS3070s was shorter to allow for the larger collection cup!

The air silencers were next out of the box, I could see that they were slightly larger than those that came on the TC3070. The white air tubing was also substantially larger in diameter to allow for more air. The internal section which allows the water to only be skimmed once was also larger; this was obviously designed this way to allow for the extra air injected into the skimmer body.

As far as I could tell the pumps external dimensions were the same as those used on the TC3070! 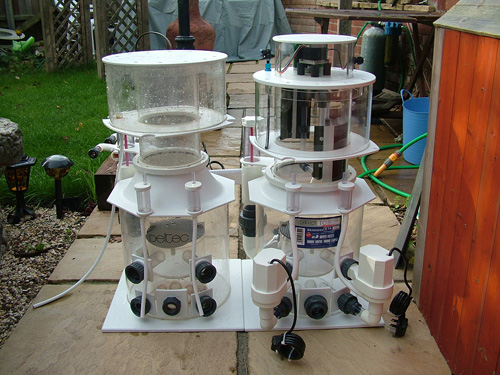 The difference is neck size 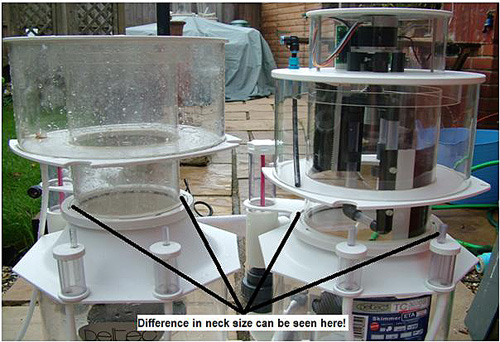 So it was time to remove the TS3070 from my system and replace it with the shiny new TS3070s, this wasn't that difficult as the pipe work was all the same, I just had to fit an up rated feed pump to up the flow a little. Deltec advised me that a 5000lph feed pump would be fine once taking the head pressure from my sump to the skimmer into account.

With the plumbing sorted it’s was time to flick the switch, as with the TC3070 the pumps were almost completely silent. Compared to the pumps on the TC3070 I did notice that they were definitely sucking in more air, it was very obvious that the chamber had more air in it. 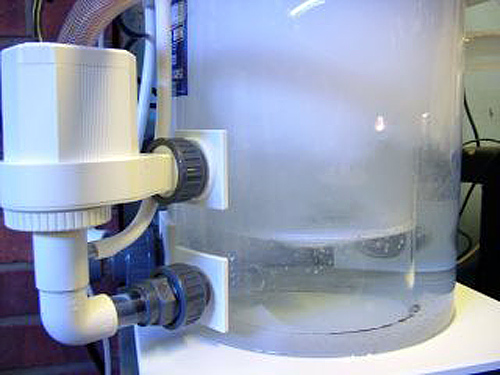 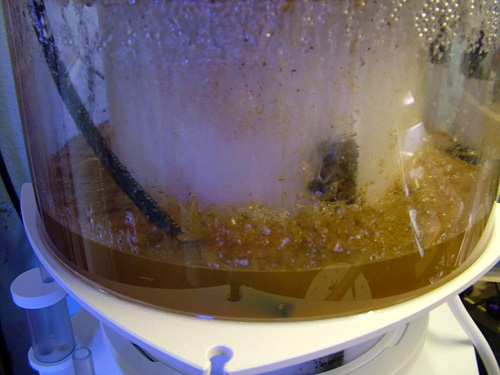 Video of the Skimmer in action 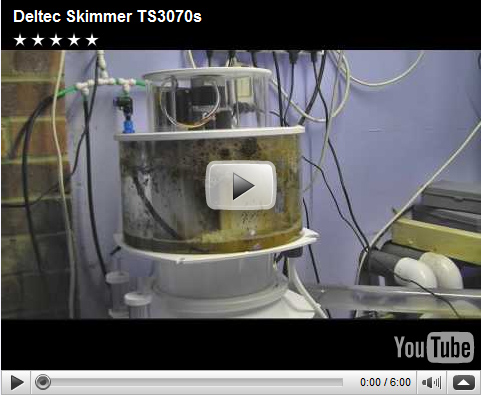 I'm well pleased with the new protein skimmer, it's working far better than the TC3070 which was also doing a great job on my system, the self cleaning head works extremely well which goes some way to increasing the protein skimmers efficiency as the neck is always clean. You don't need to bother removing the collection cup and cleaning it every day or so. If you have to leave the protein skimmer to its own devices whilst away on business or on holiday you can rest easy knowing that your protein skimmer will just keep cleaning itself!!

Very much a fit and forget product for the most part!!

As I say I'm extremely pleased with the protein skimmer and another fantastic product from Deltec! 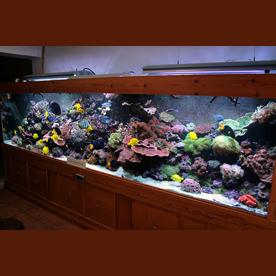